Jacqueline Carey / Executive survival / Eating a borek on the sidewalk

This Drei Cafe we look at books of intrigue! Intrigue is, as far as I understand, when people concoct schemes and they're also good-looking. While I don't look too bad, I've been short on schemes: life in the current Melbourne "situation" is, shall we say, straightforward and I feel like a haiku writer because all I want to do is mention the weather, spring has arrived, and the blossoms are in bloom. the heron upon the lake etc. My regression into the past has accelerated: I bought a whole two fantasy books on eBay last week, and they both had shirtless people on the cover. Let the beat of the heron's wing take us to...

I saw this described as Game of Thrones meets 50 Shades of Grey and thought, “I bet it's not, I bet it just has nobles and bondage”. I'm halfway though and although I haven't read 50 Shades (next Drei Cafe? hold your breath, friends) it's probably not far off. It's set in a horny kingdom where everyone is sexy; imagine if God had an illegitimate descendant that was all "love whoever you want" and France formed a religion about him and his mates. The protagonist is a lady, trained to be a courtesan and a spy, who feels pleasure as pain; the society's big on beauty, sex is holy and so is whipping each other I think. It sounds like smut but it's not, I swear! OK has smutty parts but it's a novel about (so far) political scheming and devotion. The cover makes it look like smut, too. I left it on my windowsill the other day by accident, and now I'm afraid my neighbours will give me disapproving glares. Or winks? 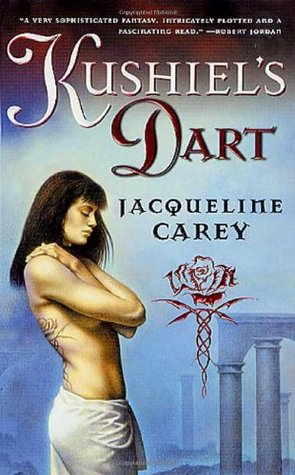 she must be cold. anyway there's nothing wrong with smut. am i being weirdly defensive? omg ive gone all red!!!

"Courtly intrigue" is another term people use describe this book, if that stock phrase sets off a ‘booooring’ alarm in your head, listen to it, it's the weakest part of this novel: the 'intrigues' are undercooked potatoes, someone clearly thought they were necessary and assumed their mere presence was sufficient, neglecting to think of the poor soul who'd actually have to consume them. The setting is gravy; the hero, fresh asparagus: her friendships are interesting, she's clever and charming and stubborn, a feminine heroine in a world suited to that. The novel turns on her, and on the strength of the world (also there's a super-hot good-at-swords guy who's a massive prude, and he’s neat), Maybe also on the 'adult parts', but no comment on those this is a family friendly blog, get your kicks elsewhere!!

So I reckon by now you're thinking either "potentially cool" or "haha incredibly lame", because fantasy often is a love-it-or-hate it genre. My theory (that I've cobbled together from other people's theories) is that's because fantasy literature is actually fetish literature. Hear me out.

By fetish I mean a fascination for certain nice things for their aesthetics & the things they signify. The fantasy reader inwardly (possibly outwardly) cheers when they see descriptions of imaginary royal houses (“Valerian House, whose banner is a blazing ox rampant on a field of sable" be informed Kushiel’s Dart has such delights), gladly they devour George RR Martin spending five pages describing a pork roast in a castle. They do not complain "what is the point of these five pages" but devour happily: they are a fetishist, delighted to have the objects exquisitely rendered so they can draw power and meaning from them. That's why you show a dragon book to one mate and she goes "wow looks cool" and you show it to another and he goes "I don't give a shit" but maybe he actually watched Game of Thrones and cared about dragons then, because George RR Martin made him care about dragons. The first mate just likes dragons! 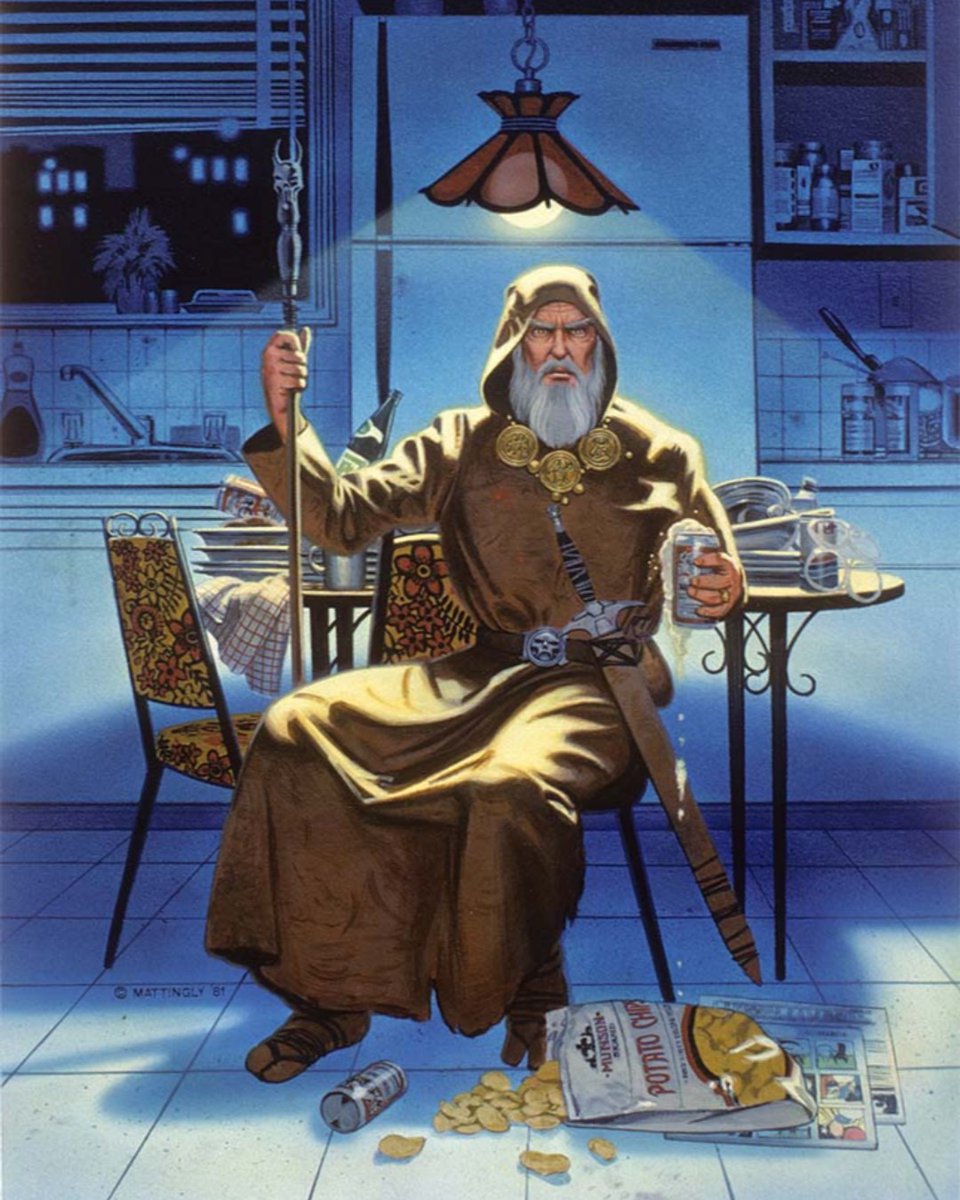 Anyway maybe this fetish theory is wank? People love arguing about genres, we sure like to create categories — and doesn't it feel off-putting, trying to get into something that's been over-categorised with its own impossible language! "Is it any good?" is the ultimate question to ask about a book. For Dart, I answer yes, but for others; I live for a strong sentence-to-sentence reading experience, crave good prose, this novel doesn't do enough for me. I understand why many love it, and hey — if enough people genuinely love a book, it is any good.

No idea were I got this from. It wound up on my bookshelf one day, perhaps a gift from a mischievous Shakesperean sprite, equally likely scavenged from my mum's house and originally acquired ~20 years ago, because when we’d first come to Australia we bought loads of second-hand books from garage sales. Anyway, I read it, and now I'm now unstoppable. At executive surviving, that is. Thriving is a harder business. 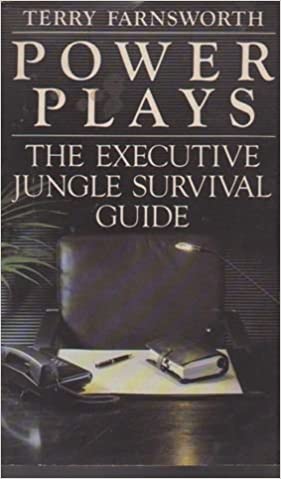 look at the sleek black leather! a book of power

This is from 1987 and I am certain it was funny, relevant, and useful then because it's not bad now, and a more faceted book of intrigue than Kushiel's Dart. What we have is eleven rules for executive survival!. Chapter 2, How to puncture a plot and confound a conspiracy, warns us of 'the spurious sabbatical' and the 'engineered indiscretion'. Chapter 6, How to get rid of people you can't trust reminds us "no cancer was ever halted by appeal to reason". On vacation, Farnsworth says, "avoid men in sports jackets and stunningly well-groomed ladies: they are virtually certain to be fellow executive refugees" because you're meant to unplug! In two separate chapters he tells you not to cheat on your spouse.

It's a fun book because it's an ontology of "the little things" of a past world, though it holds my interest for about a page max. I'm certain many salarymen split their sides laughing over this in the 90's. Dunno how different the current executive jungle is, probably the same but with pastel colour schemes and constant HR seminars? Executives please write in and confirm/deny!

EATING A BOREK ON THE SIDEWALK

I always liked it how in the Netherlands, when summer arrives, city centre cafes turn their outdoor chairs towards the street so you can lounge and people-watch while drinking shit coffee served by a surly teenage waitress. Now that spring and the flight of the heron is upon Melbourne, I’ve been making do with a local version. 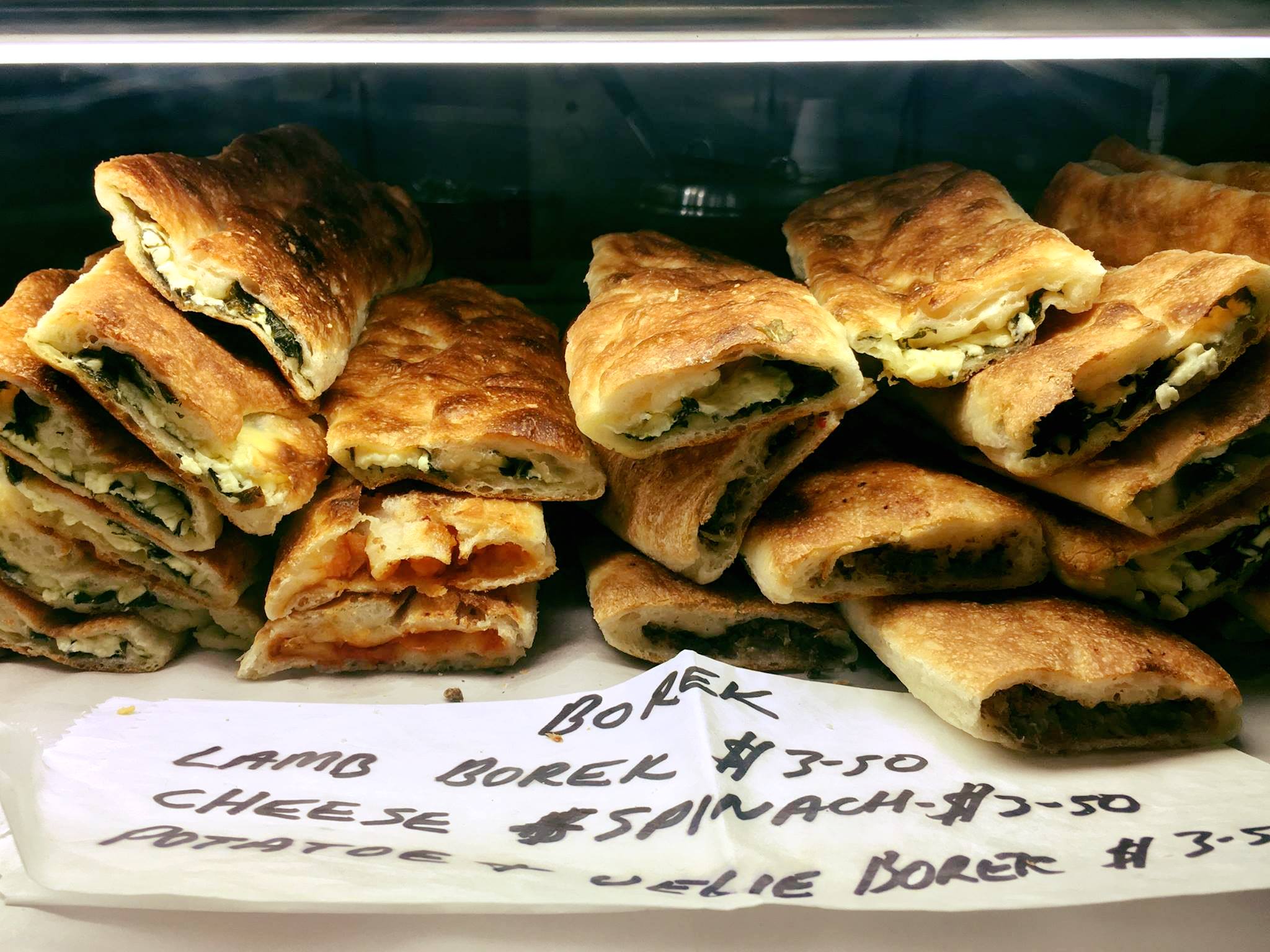 _these are boreks, though not the exact boreks i eat because my special borek place is special and secret. source: https://www.facebook.com/QueenVicMarket_

I said life was straightforward, I wasn't kidding, the current highlight of my week is eating a borek and drinking a coffee sitting on the sidewalk at the fruit & vegetable markets. I'm not joking when I say I love this. The borek is only $4 and quite long, so it takes ages to eat, it’s also like eating a progress bar, you can see how long is left (kinda how like a pie is also a pie chart of how much pie remains). The coffee is coffee. What I do is skip breakfast and just show up at the markets, pop into the borek cafe, chat with the nice owner & her grumpy teenaged assistant, get a borek, and plop outside on the cold and sunny sidewalk, on the gutter, by the carpark. Watch the people, work on my treat. Sometimes I'll chew a little nicorette with the coffee, why not. The fruit & vegetable market carpark is the best spot in Melbourne right now, because of "the situation" that I promised not to comment on: people stand around Borek'ing, a well-earned respite from the modern moment. There are old Greek guys shuffling about and shout-talking at each other, youths rushing about with totebags full of celery, middle-aged ladies with those wheely bags. There is life and — I am certain! — intrigue. The buzz is electric, the equivalent of a cantina on a bustling spacestation frequented by spacerogues, and the most spiritually powerful spot in the city.

thanxxxx please send yr weirdo mates to dreicafe.com if u think it's their vibe.

next issue is in 3-4 weeks because I'm back to trying to finish a novel manuscript!!!