Which Translation of Your Weird Russian Book Should I Read?

I talk about Russian books heaps, but I read them in Russian lol! Which translation should you, my non-Russophone friend, pick up? Refer to this definitive one hundred percent correct guide. All opinions stated here are correct. I am a passport-carrying Russian so you are not allowed to argue. Sorry I don't make the rules!!! 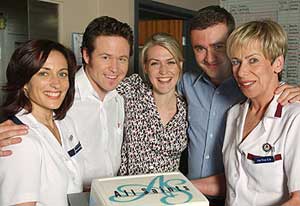 Read Pevear & Volokhonsky's. I know people grumble about some of their work, but their Brothers K is killer! It's sloppy and musical just like Dostoyevsky's Russian.

Avoid MacDuff's translation, he is the new Penguin guy. I didn't mind his Isaac Babel (he did a good Red Cavalry but a humourless Odessa Tales, that should tell you something about his style) but MacDuff's Brothers Karamazov is yuck, dry like sand, you won't enjoy it unless you're a boring lit grad student or something. Sorry Mister MacDuff!!

Master and Margarita by Mikhail Buglakov

The correct answer is Robert Daglish. His translation is unabridged and also good. There is one by Stephen Garry floating around, probably more popular, but it's abridged. Yuuuck.

At this point I will let you into the dark secret of the Russians: nobody reads Volume II. I am not sure if this is terrible (apparently also no-one reads the "Or" of Kierkegaard's "Either/Or" ? that seems like missing the point), apparently it's mostly troop movements and anyway the end of Volume I is so good.

This has heaps of translations, with varying names ("Moscow to the End of the Line", "Moscow Circles","Moscow Stations"). I read half of the H.W. Tjalsma one, "Moscow to the End of the Line", it was not good at all. The second, "Moscow Circles" by Dorrell, was used for this great English-language doco on the book (check this out, the famous "spiritual life / graphing colleagues' alchoholism" part, here) It's not a bad one if you can get your hands on it, I liked it, but it's crude. Much detail is gone from the prose. It's not really Moscow-Petushki as much as the translator competently recounting Moscow-Petushki to you.

By far the closest and best translaiton is the recent Stephen Mulrine one, published by Faber & Faber, "Moscow Stations". Careful, he also has a Moscow-Petushki stage play with the same name (published by Oberon Books), don't buy the wrong one by mistake!

Most of the free transations for the Russian classics on Project Guternberg aren't great, Constance Garnett did lots of them and thank you Constance Garnett for often being the first translator for a book but they are so wonky — apparently (according to a web-page I saw on the internet) she'd just make up entire sentences when she didn't know the meaning of something she read. lol Constance!