I've been having super vivid dreams. They rapidly recede as as soon as I'm semi-conscious: the first task of the day is to desperately snatch at them, try and take a piece of one back into the world (this never works). The second task is to keep consciousness "semi" for as long as possible: a wise section of my brain knows it's inadvisable to proceed, and it's best to stall and concentrate on PBS Radio's excellent Breakfast Spread broadcast on the clock radio. The third task of waking up is remembering the lockdown has been extended to approximately 2038 and going ah fuuuuuck.

You'd think I'd put on a black robe and brood on a castle battlement after that, but I get over it pretty quick. The mornings lately have taken on a lovely hypnotic quality. It's nice when overcast, when the sky is a grey blanket and the tree in the yard and the eucalypts behind the neighbour's house are shuddering in the wind; you're glad to be in a place with large windows and a well-painted fence. If you take it slow, you feel as if in a painting. The key to enjoying the morning is routine: the kettle gurgling at the same time each morning, the same strong cup of coffee on the same couch. If you're wondering "there surely must be a visit to youtube sensation Yoga with Adriene" let me reassure you I never miss an appointment.

So I really like mornings now, I never thought I'd be a morning-man but hello! I don't even "hit the PAVEMENT with a FITBIT" like a middle-aged homeowner, I just eat toast and I'm happy. Without a routine, though, it's the battlement with the ravens for me.

Last issue I broke my rule of not talking about a book unless it was ten years old and I'm still giddy with transgression, spinning through a world of awful possibilities: what's next, The Barefoot Investor? Go The Fuck To Sleep? anyway the rule is back, I'll turn into a monster otherwise. The reason why I'm not so hot on talking about recent literature is because I'm interested in works that holds up outside their context, which is not always apparent until years have passed. The shiny halls of the Booker, Pulitzer, Hugo etc. awards are full of names that most people will go "who?" at, but people still give a shit about Dostoyevsky and the Brontë Sisters like how many years on?  One guy, who I reckon some people think wouldn't hold up but actually does hold up, is Philip K Dick aka Blade Runner guy (Minority Report, Total Recall & like 65 other films are also based on his work). I devoured four of his books last year. I will make the ostentatious claim that people either love him or don't get him! I understand the latter: the stylish aesthetics of modern sci-fi are absent and his worlds are borderline goofy. It's like Dick doesn't care about what you care about, he cares about something else! On the surface his works look like idea-based sci-fi (what if the future was like this, whoa man) but what he actually writes about is perception and knowledge of reality, and the experience of being alive with the former in doubt.

He's the rare writer whose works are simultaneously borderline-pump and real literature.There's even occasionally dodgy writing! Like in the intro to the excellent Flow My Tears The Policeman Said there's an engine "idling throbbingly", you try to remember which lousy bargain bin you swooped the book up from, but then Dick knocks it for six and you're gaping for 300 pages straight. A Scanner Darkly starts slow but is the best one (there's a movie, I've just watched the trailer, it's the most Gen-X thing I've ever seen).

In Ages Past I had a Tinder date with someone whose book club just read Do Androids Dream of Electric Sheep, and she said she was shocked at how terrible it was (I'd ordered a pint and she'd asked for a glass of I water; I should have known we were never meant to mix, like peanuts and Nicorette). Yes Androids is one of his weaker works, but I'm still seething. 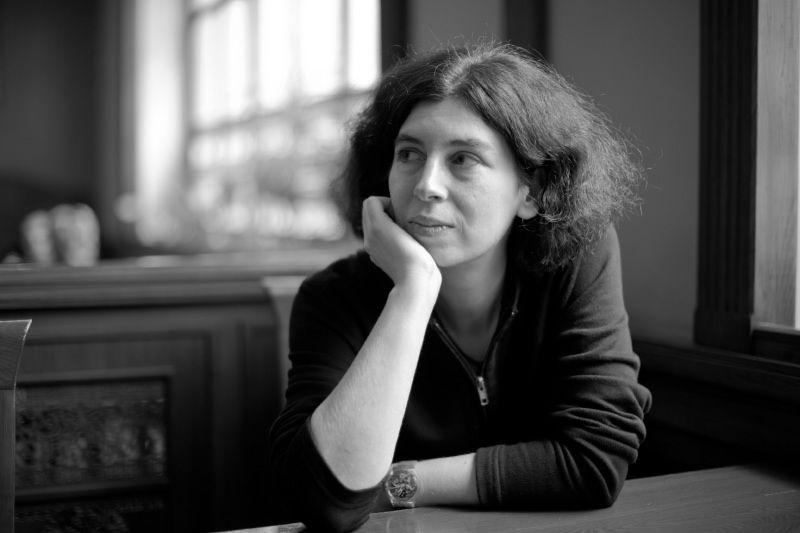 An author who is not prolific at all is Armenian Russian-language writer Mariam Petrosyan, who wrote one novel, The House In Which… (translated into English as The Grey House but I haven't read the translation so I'll stick to the superior original title). She wrote, as the Russian saying goes, 'into the table' which means 'entirely for herself with no intention of publication'. In an era where every third schmo has a twitter account named "jake.ryan.scifiwriter" and a self-published collection of unedited short stories for sale on Amazon ("ranking in kindle store: 1,3349,430") that's refreshing.

It's ostensibly about a house for disabled children, but really about an insular society inhabiting a fantastical place — not social realism but fairy-tale. The book publication story is insane. Petrosyan gave an unfinished draft to a good friend to read, which accidentally ended up in the friend's son's desk drawer. The son found it years later when moving house. He read it, loved it, and gave it to his brother to read. Brother loved it and gave it to his girlfriend. Girlfriend loved it and gave it to her vocal coach, who gave it to a student of hers, who was an editor at a Moscow publication and liked it enough to follow this absurd chain back to Petrosyan to insist she finish and publish it. Nine years had passed by that point!

It's the sort of novel where there's a billion fan sketches of the characters on DeviantArt because people fall in absolute love with them, and all the characters are named things like 'Smoker', 'Lord' and 'Madeconian'. In interviews Petrosyan says the sort of mystical writer nonsense I both enjoy and 100% believe: it was "not a book but a place she went to"; she wrote by "meeting a character" and "following them". After The House In Which… was published, she could not go into "the House" anymore. The cost of showing the House to others was losing access to it herself.

In other happenings, I'm back on the Nicotine Replacement Therapy wagon baby! I discovered a new one called Nicotinell which I've never seen before, where has it been all my life? It's like Habitrol and Nicabate had a baby that took on only the positive qualities of pungent pudgy Nicabate and saccharine little Habitrol. The only problem is it doesn't last very long. My kingdom for a never-ending nicotine gum!

The worst thing about nicotine gum is trying to grab a piece in a quiet room. Be prepared to hear "what's that rustling?"! A couple years back in the Masters I told you about, my chief concern was filching nicotine gum out unnoticed from a backpack's side pocket during class. I felt like a spy on a secret mission, it was exhilarating. People caught on to me real quick though. I blame Habitrol for coming in the most obnoxious crinkly packaging! It makes a rustling sound if you look at it too long. I don't know what sadist stocked the university pharmacy with it.

Got caught looking into someone's window the other day when running, still flushed with shame.