I studied science and even worked as a research scientist, however I've barely read any science books, except for assigned textbooks (Molecular Biology of the Cell for sale, 20 bux, email me, I'm not kidding). "Does a baker read of yeast on her Sunday of rest? I think not! Wherefore, then, ought I read of science?" was my attitude, also maybe reading Richard Dawkins once put me off. Anyway I missed out: the philosophies behind scientific inquiry/criticism/explanation are pretty interesting. Did you know you can't prove things true, only false? Ok only one branch of scientific philosophy thinks that but it's best one!!! Also if you look deeply into recent attempts to puzzle out the rules the world runs by (the quantum multiverse business), its like that Tim and Eric science skit where the man in the turtleneck is in front of a quasar pretending his mind is being blown (I'm not sure if he's Tim or Eric).

The Beginning of Infinity by David Deutsch

That there is physicist David Deutsch, laying out his philosophy of science, knowledge and humanity (with a detour into quantum physics) in The Beginning of Infinity. It's the most sweeping book I've read this year, the scope is literally infinity. Much ground to cover. 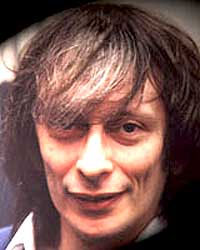 source:computerhope.com what a great url

Beginning of Infinity is Deutsch's coherent critically-rational philosophy of how, as humans, we are unique in that we can gain knowledge about reality (i.e. make imperfect imprecise conjectures for true hard-to-formulate-in-words concepts) by finding good explanations for things, and how that in the long term makes life better for all. A good explanation is hard-to-vary assertion about reality, bad explanations you can shift around willy-nilly ("a wizard did it" "no wait an angel"), good ones have specific details that fit together neatly and if one detail is removed the whole thing falls apart. With science we must aim to explain not just measure, says Deutsch: a study of "is happiness heritable" will be shithouse unless we have an explanation of what happiness is (we don't yet, he claims). Deutsch is in Karl Popper's hood so it's, like: our knowledge of things is necessarily imprecise, we're never completely right, but we can point towards the truth. The way to do this is a culture of conjecture and criticism: mistakes are inevitable, we must improve continuously. Onward we twirl, heading into an unknown that is knowable!

Twirling into the future, we'll always face new problems we had no idea we'd face, and we will always discover helpful knowledge we couldn't imagine. New knowledge helps us deal with new problems, de-fang old ones, avoid suffering (see: hygiene, penicillin). Suppression of knowledge-seeking happens in static societies, full of suffering, people getting whalloped by problems; a culture of rational criticism and seeking explanations is historically rare but awesome, a culture of "things are such because I, The Ruler, Says So" is no good. There's also infinity maths and quantum multiverse stuff!

Beginning of Infinity is incredibly audacious (no stay-in-your-lane sheepishness when you're positing infinity) and some of it goes against the grain of certain beliefs of our milieu. Deutch's's not big on modern "sustainability" if it's in the vein of "living quietly in harmony with earth making no impact", he sees that as stasis that leads to suffering and authoritarianism ("think what I say, Do Not Consider The Forbidden Subjects"). We need to make a positive impact on the world, not no impact, Deutch claims! He plainly posits an objective reality, including objective moral values we can discover (creativity) and objective aesthetic beauty. He's optimistic on progress's ability to outpace problems, though unlike certain intellectuals he doesn't try to convince us "life is rosy maybe you just suck". Life for so many people is full of suffering, it's just that all problems are solvable and flowers are objectively beautiful.

A thing I secretly crave is a book that crosses science-rationalism of Infinity with esoterica: religion, mysticism, woo, myth. Such stuff is important to most, and useful when done well, even without an explanation: are explanations even possible? I suspect yes, we'll explain mysticism once we get an explanation of qualia (could take a while). I prophetise these explanations will look as insane as quantum physics.

Abolition isn't that book, but seems a fun contrast to Infinity. I was on a superb writers retreat on the Murray early this year, we were drinking, I went to take a dump in the long-drop (sorry for the explicitness this blog is Australian). There was no reception but in my mobile's saved PDFs I found a short summary of CS Lewis's Abolition of Man (he of Narnia fame) by Dr Davey Naugle from Dallas Baptist University. Not sure where it came from, but it was there so I read it.

So this PDF summary, which for all I know is a complete lie, claims Lewis kicks off with talking about a textbook he'd found in which the authors say "when you see a nice waterfall, it is not a Nice waterfall, your Niceness is subjective, it is a Waterfall" and Lewis goes "obviously untrue. A nice waterfall rules. Show anyone a nice waterfall on a nice day and it's the best" and from then extrapolates to the claim there is a "natural universal law that is good to live by". He's a Christian but accepts other traditions have fully legit ways of following the "natural law": e.g. nice things are objectively nice, it is Objectively Good to be kind to people, Objectively Bad to dog your mates, waterfalls rule. He goes on to claim discarding the concept of objective good and bad is, well, bad, and spends the book showing (according to this PDF) what will happen is bullies seizing power, "we decide reality and good and bad, now do what we say!", power becomes all that matters, "power over nature is just power over people", ultimately humans become inhuman. It got hazy (not much clearer skimming it now) but left an impression, once I returned to my fellows I did lots of pensive staring at the campfire & pondering the nature of Man (no conclusion reached yet, sorry).

From what I've actually read of Lewis (outside of Narnia & Dr Naugle's summary read drunk on a bush toilet, it was great thanks Doctor), he loves old tradition, love and friendship, focus on the personal. Deutsch's quantum physics explanations won't tell a bus driver/book blogger how to be happy around their family, and Lewis would say that's more important that doing maths on infinite numbers. Deutsch would claim (I suspect) Lewis doesn't provide a good explanation for "natural law", and his philosophy is stasis, if you've postulated a philosophy without explaining it properly, and aren't open to critique or error correction, you've entered "I'm right because I say I'm right" territory. Whether Lewis has done this or not is an exercise left to his readers.

I actually suspect if Lewis and Deutsch met they'd solve their differences and be mates. Really! Worth pondering on the long-drop in the bush.

The real world Mum warned you about

A few Melbourne-based newsletters I read this week started with 'so its been intense here in Melbourne' , none of that here, I've noting interesting to say about "recent events" (I did write some cheap gags about zoom meetings, but left them in cuts.md"_). Instead let me tell you about how delighted I was going for a run around a new neighbourhood (I moved houses in-between Drei Cafe seasons, no longer inner city). In Season 1 I impotently raged at a bunch of signs around my old 'hood, "karen wear a mask" said one and "there is no poo fairy pick up after your dog" said another and it was laminated, too. Yesterday I passed, in my new digs, a sign pinned onto a tree "if your dog shits on my lawn pick up your dog's shit". I felt like I was in a place closer to The Real which was nice (remember when your mum tells your teenage self "wait until you live in the real world"? this is it!). The cafe conversations in the new 'hood are great also, the other day I eavesdropped on a tradie telling another tradie how his mate started work as an erotic dancer and really picked herself up out of a rut, how hard it is to be an erotic dancer in COVID times. Also all the coffee and food is great and 3/4 the price of the inner city stuff. Life's all right out here! Well, as all right as it can be under "recent events". Hope yours is too!