Tolstoy / Yerofeyev / Monuments to the Imaginary

This is Season 2 of Drei Cafe! In Season 1, Melbourne was in a super long lockdown and I wrote this every three or so days, fun little tidbits about lockdown life because it was novel. We're in yet another lockdown now; it's no longer novel. The Season 2 Drei Cafe promise is I will shut the hell up about lockdown, if you're in it you know what's up and if you're not, make the most of life, memento mori, Selikos Epitaph, etc. Maybe you have that guy at your work who's all "turn on the presser its on 1245pm" "yes the premier is indeed announcing blablabla", "the thing about essential services classification is", he's scrolling on his giant phone, full of up date information! He is confident and self-assured, you feel safe being one of his people! Allow me to be the complete opposite of that guy. You have never been less safe or less informed as you are in the asbestos-ridden walls of Drei Cafe.

Last year I submitted this newsletter to some Australian museum archive (Canberra?? I can't be bothered checking) as an "item of national interest / historical importance" and I didn't hear back but if you're from the NGV or something and you're only here for Spoonville commentary, drop me a line, I'll spin you some "human interest", I don't have much going on. 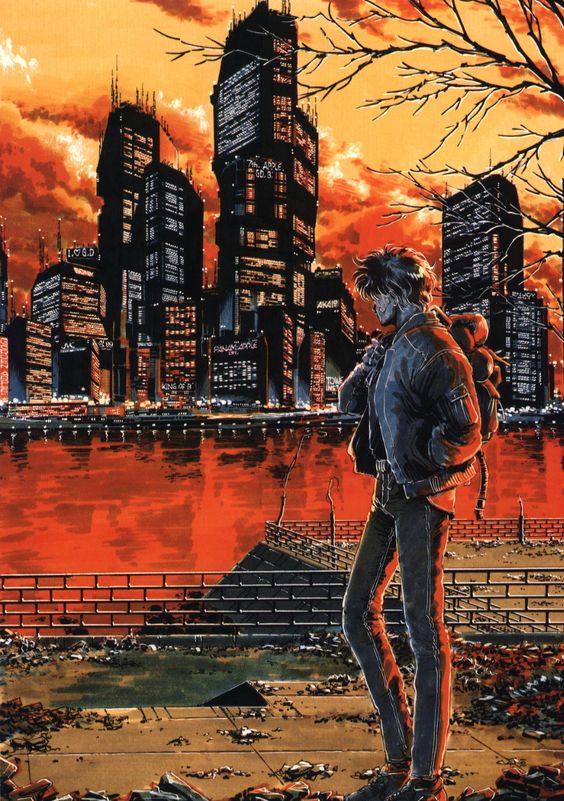 Cafe's open for business, coffee's in the pot, teenaged barista's getting high next to the wheelie bins outside. I've taken out fire insurance; I dream of burning the place down for the money, moving to Queensland and starting again, but I don't have the guts. I'm weak.

Around Christmas (thanks Mum!) I read Tolstoy's Anna Karenina, a famous book about a lady named Anna Karenina who super smart and cool, everyone likes her! She's got a husband and a kid, look out here comes a dashing officer who's mega sexy, ooh what's gonna happen?! Anna's got a party-boy brother who's mates with a weird nobleman who's way too into villages, this creepy mate's into this shy chick — but is the shy chick into the dashing officer?? There'll be wailing and crying and banging of hands on chests, an incredible horse-race, fun hunting trips where Tolstoy tells you what the hunting dog's thinking. Also we will have pages upon pages about the fate of the Russian peasantry & farming; they are so long, power through them it's worth it. If I could do it in the great and mighty Russian tongue you can do it in slinky little English.

My favourite literary critic Dmitry Bykov (the FSB maybe tried to poison him, it came out recently???? thats nuts) says that 'grand works of fiction' are about 3 or 4 things, fully about those things, not just "ok there's a bit of [cooking, war, whatever] in here" but "the cooking in this novel is indispensable, an iron rod running through its spine, holding it upright". Sure, I buy that. One thing this Grand Work of Fiction is about is trains, which are a metaphor for unstoppable progress, progress in the sense of drastic change, old things being thrown out for mighty powerful new things, you can't stop them, they're a big express coming for us! The feeble past falls beneath the terrifying future, oh god the future's now the present, crushing us beneath its colossal steel chassis, going toot toot, heeeelp.

In a historically tumultuous time I find supreme comfort in reading about people being their usual dickhead selves in another historically tumultuous time. Zoom in on any 'giant wave of history' and you'll see us on our usual shit. Chasing crushes, bitching about work, trying to get a cup of some juice we like. That's one of Tolstoy's points, "drastic eruptions in historical affairs shouldn't be mistaken for life itself"; he viewed history influenced by random shmucks & not by grand figures. According to some JSTOR thing I read, anyway. I'm not sure myself but I like the sentiment. I'm generally Team Shmuck in historical situations (unless the shmucks are jerks; e.g. April of 33AD in Jerusalem I am not on Team Shmuck). 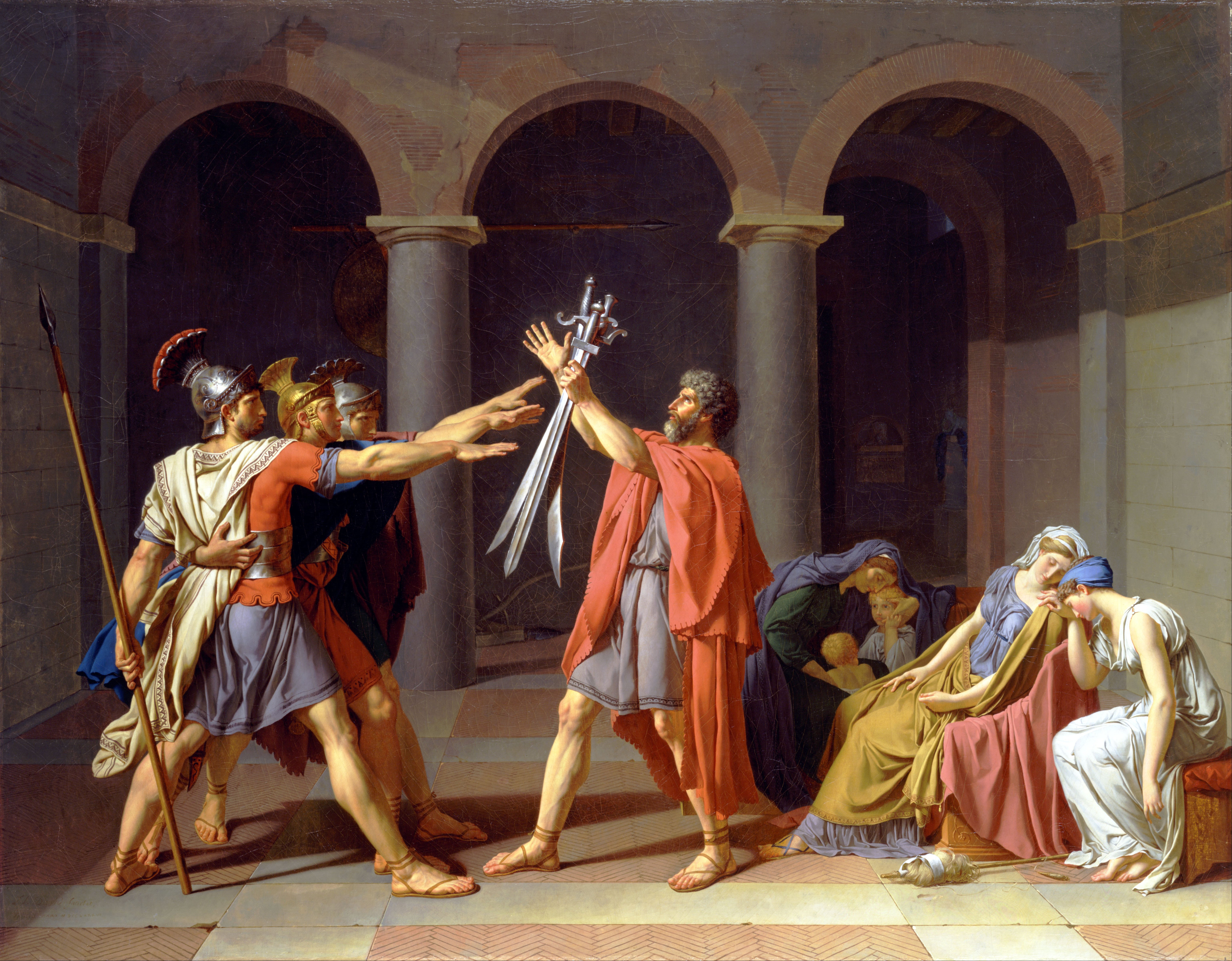 I respect the most the lady on the right going "not this sword shit again", though if I was there, I'd pushing in front to grab myself a big fun blade! Who is more shmuck, the blokes or the sheilas? Overall I feel the baby's most in control. [the oath of haoratii, jacques-louis david]

On the topic of trains and inevitability, one of my favourite books and covers both is Yerofeyev's Moscow-Petushki. It's about an alcoholic who gets on a train to ride it to the end of the line so he can visit his son who can draw the letter "ю" really well. The alcoholic is drunk, and gets inevitably drunker. He will provide recipes of cocktails you can make with eau-de-cologne and shoe polish; passengers will provide cultural commentary and riddles; things will take a turn for the mysterious. I wonder if it's not the best book of the 20th century. 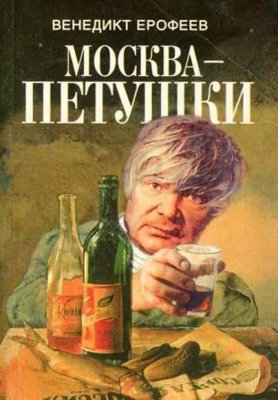 Above-left is a monument to the book's protagonist character near a Moscow train station. According to the city-guide website I found it on, it depicts him in a non-sober state. No I don't understand why there's a rectangle above him either.

I am really into this idea of monuments to characters from fiction (it's a cop-out putting up monuments for TV characters because we all know what they look like). Russia's got tonnes: Ostap Bender hanging out beside a chair, Major Kovalyuov's nose lounging about St Petersburg. Australia, meanwhile, does this with food: every state has a Big Banana or Big Yoghurt or whatever. A lobster guards the Limestone Coast (yes lobsters are food); a giant beer can in the Northern Territory is poised to tip and roll (for kilometres, if it must) to soothe a parched traveler's thirst. These are always disappointing to me, in that when I stop at them, I expect something: discount fruit or a themed pinball machine. But there's just a bored child following their parents around a plaster statue. Up close, you can see the paint is peeling. The wind's getting colder.

New Zealand, at least, stuck a movie-Gandalf in Wellington Airport, right beside that bagel place where the staff shout your order (yes really, like you get a flat white and every staff member must shout "flatty"). I don't know if anyone's into old-school Lord of the Rings art? It rules and it's so refreshing after the ubiquitous aesthetic of the films. If Wellington Airport wanted to be groundbreaking (airports should perhaps not be groundbreaking) they'd make Gandalf look like this: 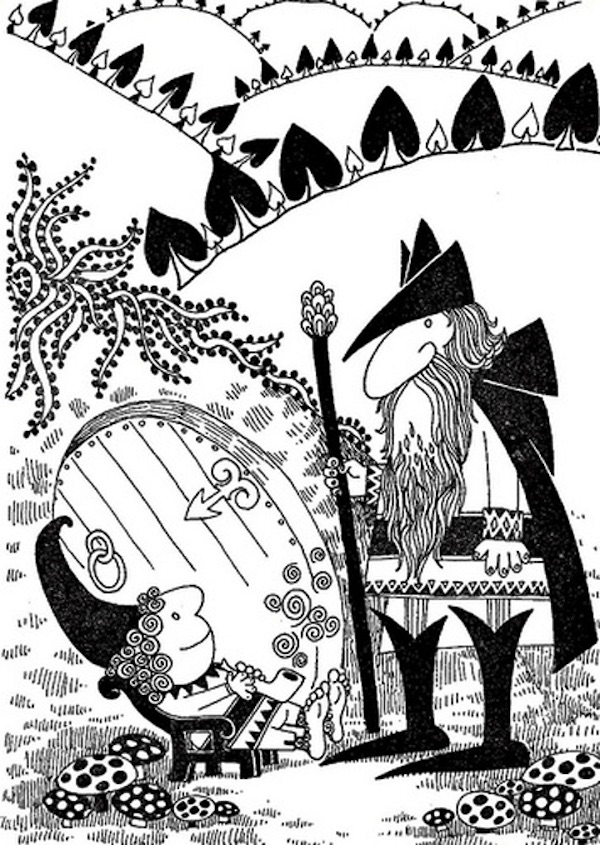 The road goes ever on and on, as Tolkien sang. Hope you're good bye!