Taleb / Oe / The world suffers by itself

This issue of Drei Cafe was written in emacs, a super powerful word processor from the 70s that you operate entirely with the keyboard and are expected to extensively program. It's like playing a world-processing-themed video game created by a psychotic Computer Science professor, the equivalent of losing a life is accidentally deleting a paragraph & forgetting how to do "undo" (to undo you must type Control-X and then 'u'). You can program emacs to do anything! You can make computer games in it, a Tetris or a To-Do list, computer people love it, it's very 'lindy'.

'Lindy' is a silly term meaning "tried and tested", popularised by a certain curmudgeon author featuring in this issue. Applied first to Broadway musicals, this term would like you to know that the longer something has been around, the longer it's likely to continue to be around i.e. we still drink wine 2000 years on, but I don't think your grandkids will be hooked on Soylent meal-replacement shakes. A thing being old doesn't mean it's necessarily good (see: syphilis, gonorrhoea), but a computer program or novel being enjoyed for half a century usually means there's something to it. Here's to barely-usable emacs! Sorry guys I can't come to the Tote tonight, I'm programming my 1976 word processor to automatically italicise book names in my blog.

Nassim Nicolas Taleb is a former stock market trader who wrote five non-fiction books called the Incerto that are partly about risk analysis and partly about his personal grievances. He's kind of a rationalism skeptic: he says we keep building fancy models to try and emulate reality but we're naive, this stuff never holds up: the stock market crashes and economists are shocked, the USSR collapses and American intelligence is flabbergasted. We cut the world up to fit it into models, and the models fall apart like a paper bag in a rainstorm. The world is full of uncertainly we can't predict! How do you navigate risk, he asks, in a world like that? 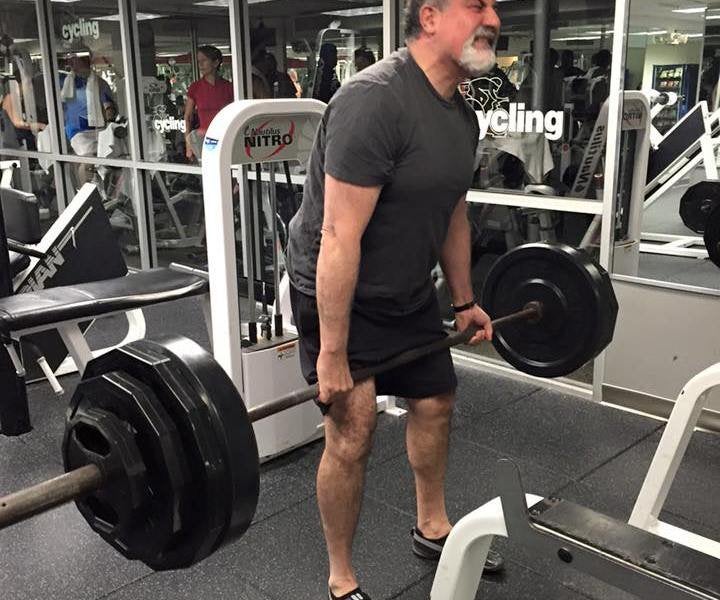 the man asking the big questions

Taleb's Incerto books have a bunch of extremely good and interesting ideas, which I will ignore in lieu of cheap laughs, because the funny thing about them is how, with each successive book, there is a steady increase in incoherence. The excellent first (Fooled By Randomness) is about navigating a world where risk & randomness is omnipresent and yet incalculable, as told by fun stories from the stock market floor. The hot mess of book five (Skin in The Game) is supposedly about how you don't want people giving advice unless they stand to suffer if the advice is wrong; what it ends up about is how intellectuals are idiots and the Mediterranean is awesome. With every book Taleb is fiercer about the good things he likes (deadlifts! wine! squid ink pasta! long walks!) and the bad things he dislikes (pencil-necked nerds! economists! bankers!). I claim he has been gradually poisoning his editors over the years. At Book 1 they had him shackled, writing about risk analysis; now they're draped over Chesterfields, holding their stomachs, while Taleb triumphantly deadlifts beside them, a sliver of squid ink pasta dangling out the side of his mouth.

However, that is part of his message! The cantankerousness, the cheap insults & questionable praises, all serve his point that you cannot chop the reality up into little bits, build an objective model of it. Exuberance is paradoxically a rational way to navigate life, he implies; over-intellectualising is how you sink yourself and others. There's something Nietzchian about him.

In the book he puts fictional characters in scenarios to demonstrate points, one character is a stock market trader named Nero Tulip, an alter-ego/stand-in for Nassim himself. In the first book, Taleb has the guts to kill off fake-Taleb in an helicopter crash. Bravo, real-Taleb! However this is never mentioned again, and by book 3, fake-Taleb is hooking up with another invented character, a writer lady. I can't remember what fake-Taleb is doing by Book 5. Probably benevolently ruling over a Libertarian USA with his massive biceps. 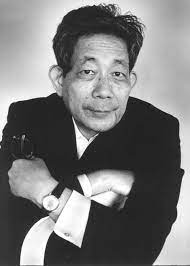 he looks so comforting i could stare at him for hours

Kenzaburo Oe is a super important post-war Japanese writer who has a Nobel prize. I am reading one of his novels now, A Silent Cry, one of those books where the prose seizes you by the collar, thrusts your face against a landscape / situation and goes: see? look, really look!! (Nabokov does this too). As if for the first time I see miserable couples, airport hotel rooms, a Japanese forest. I see those things, as themselves, not as reflections of the miserable protagonist's or implied author's pathologies. If these places suffer from similar pathologies, it's on their own! Their suffering is their business!

I wonder if Oe is not the anti-Mishima? Yukio Mishima (superfamous excellent Japanse author, committed seppuku after an atrocious coup attempt that was probably performane art) has an exquisite narcissism about his prose, a kid sees a sabre and it's sex/beauty/power, not a sabre but desire. It's narcissism, the world as a reflection of the perceiver, a mirror. I read a trashy "how to write novels" book instructing beginner writers that 'descriptions of the world must be a reflection of the main character's state (please ignore that advice), imagine living life like that!?

Don't quote me on this! I'm a quarter of the way through, maybe I'm off and Oe is Lord of Narcissism!? If that's the case, tell me quick before I embarrass myself further!!!

EDIT late August: I have finished the book and now see the above is a hilarious take, but it is still not incorrect!

THE WORLD FEELS BY ITSELF

...suffers and sighs and fidgets, our mental state have nothing to do with it, the trucks on Metropolitan Ring Road aren't reflections of our shit jobs. One of the crappiest things I can imagine is not being able to observe a cool place because you have the nose in your own concerns. You can lose the entire world like that! I don't wanna hear about how we can never "perceive the true nature of a place", even if you can't you can be closer or farther from it,Immanuel Kant can get bent!! It's like being an angsty teen, which sucks. As one of those, I used to walk around with arms crossed in front of my chest (teens aren't narcissists, they're just working themselves out). Yuuuck! Teenagers reading this, I suggest you walk by joyously swinging your arms like noodles and doing little skips. You can keep your canvas messenger bag with "THE CURE" "NIRVANA" "NIGHTWISH" sharpied across the body, don't let anyone take that from you; once you get old, all you will have left is sticking Linux stickers on a laptop.

The best medium for band names is, of course, wooden rulers. Once I scrawled Metallica over a brand-new wooden 90cm bad-boy in science class and a substitute teacher told me off. It was the best thing that ever happened to my reputation.

This newsletter, though, is perhaps the worst? Hope you're good bye!