why i am reading a book / times i've passed out

In issue two I said I would do only ten newsletters and I'm sticking to it!! There are a bunch of books and authors I really wish I'd covered, too late now. Pour one out for Bridget Jones's Diary by Helen Fielding (yes it's a really good book), The Plains by the eccentric Gerard Murnane, who in his spare time simulates horse-racing in a made-up country by racing marbles, pretending they're horses, and inventing facts about their jockeys (the facts are kept on paper in neat binders). Salute America's best short story writer Flannery O'Connor, who I tried to write about twice but just couldn't produce anything readable on, and former Otago University professor John Dolan and his novel Pleasant Hell, a genius hilarious / sad tale of being a grotesque war-obsessed nerd: I fatefully rescued it from the Wellington City Library by borrowing it a day before they shut the place due to earthquake risk (I dutifully returned it to the Miramar branch, it's probably still there amidst all the Peppa Pigs and tattered Katherine Mansfield paperbacks). Also I didn't do a bunch of Russians 'cause I figured no-one would care but maybe I should have.

Vale, gone too soon, etc etc. No not the authors (except for O'Connor), I mean this newsletter.

WHY I AM READING A BOOK

We've been talking books, partly because we in lockdown and books are a handy escape from reality, but also because I love literature (i.e. good books with narratives, that have some depth to them, regardless of genre). I'm fixated on it as an art form because a solid novel is the closest we can get to being in someone else's consciousness, and because through literature we have access to the 'consciousnesses' of people across time (not the writer's consciousness, but the novel's 'implied author'). Often these writers are wankers trying to Grapple With Big Human Problems which is actually incredibly interesting, in that you can read a dead Japanese guy's attempts at puzzling out existence. Old books are a key to understanding things across time also, a textbook might teach you Cold Hard Facts about Napoleon's invasion of Russia but Tolstoy's War and Peace will show you what it was like. Up to a point, it won't shoot French cannonballs in your face. I think this is the meaning behind the pretentious expression: fiction is the truth pretending to be a lie, while non-fiction is a lie that pretends to be the truth.

The other thing I reckon a (good) novel does is re-wire your brain a bit, or help it re-wire itself. I notice when I don't read for a while my thoughts turn into cliches, come in phrases that are stock and common; these thoughts run down the same sagging well-worn grooves, and the way I see things kind of ossifies, stagnates. Good writing shows you specific unique way that the world can be seen, re-jigs your brain because it lets you see things anew, it de-familiarises things, demonstrates to you different perspectives, I don't mean different perspectives as in "this is what it's like to be a neurotic Russian nobleman in 1879/lonely 90's British girl/Indian shopkeeper in 1950 Africa" (though that's true as well I suppose). I mean "this is how you can perceive a pair of gardening boots or a regimental parade or the experience of eating a meal next to a guy you really don't like. this is how you can think a thought" 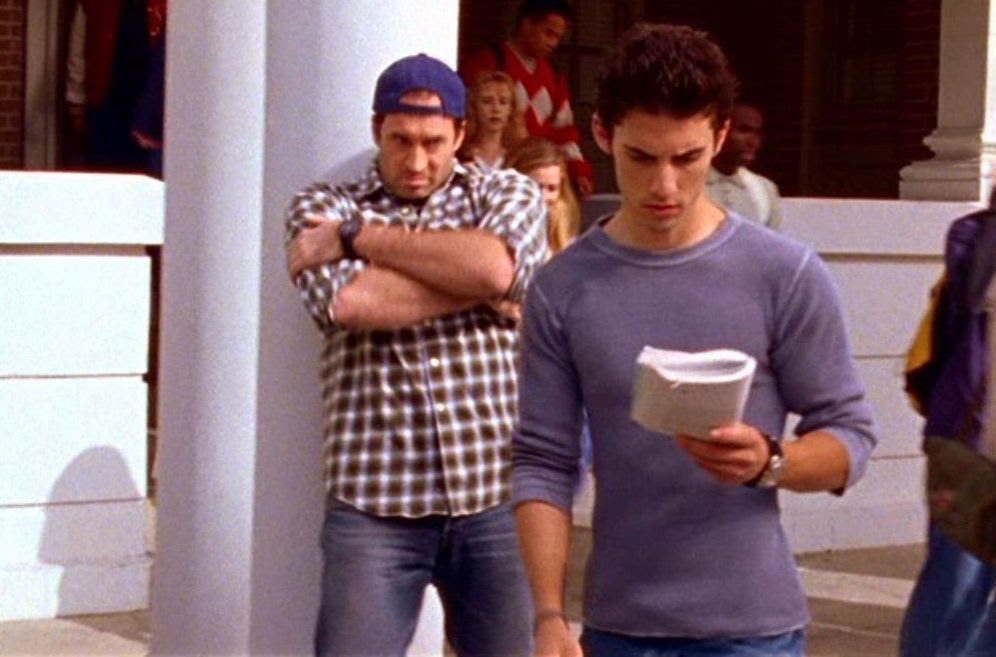 The final neat thing about lit is that it gets you one step closer to becoming Jess from Gilmore Girls, my favourite teen heart-throb, who walks around with a novel in the back pocket of his jeans.

In my personal life I'd like to thank you for reading this whole shebang! Maybe I'll send some more irregular missives on wacky books and their zany authors in the future, an issue every couple of months or so, but probably not. Really, it has been tremendously fun, I mean it when I say thank you for reading these letters. Unless you haven't in which case you'll get yours just you wait.

Hope you're well see ya!