I'm going to write a newsletter for a bit. I subscribe to a handful of newsletters and when one comes out all like "uh so we're in lockdown, I sure am watching a lot of tv!!! isn't it funny how things slow down and u can think?!?", I still feel like I got a handcrafted email from an old friend who looked at the moon and thought of me. It's so nice to get letters! Letters aren’t something we do much, it takes a while to write one and then you have to edit it, and then you feel committed to replying if you get a reply, you know the drill. But I like writing them and I like receiving them and I like the concept of newsletters. Because there's no stress of either having to write back or wait for a response. The stress is removed.

I just read Yukio Mishima's The Temple of the Golden Pavilion. It's fucking heaps good. It's a story about a Japanese kid who's like super into this grandiose Zen temple, and then he gets a spot (he's like a pre-priest, an acolyte) at this temple. Only does he love the temple or hate it? The kid had a serious stutter, he's seen some pretty messed up shit, a bunch of death and sex. He makes friend with a fucked up guy with a clubfoot, the fucked up guy likes to guilt women into kissing his clubfoot, it's all rather perverse. Reading the book's like going on a train ride in that it's weirdly non-stressful: you just follow the kid's life as he narrates it. The kid is messed up but feels very human. What's he gonna do to the temple??? Anyway I dug the shit out of this book. Borrow if it you like, I can bike over to drop it off. 5k radius only. 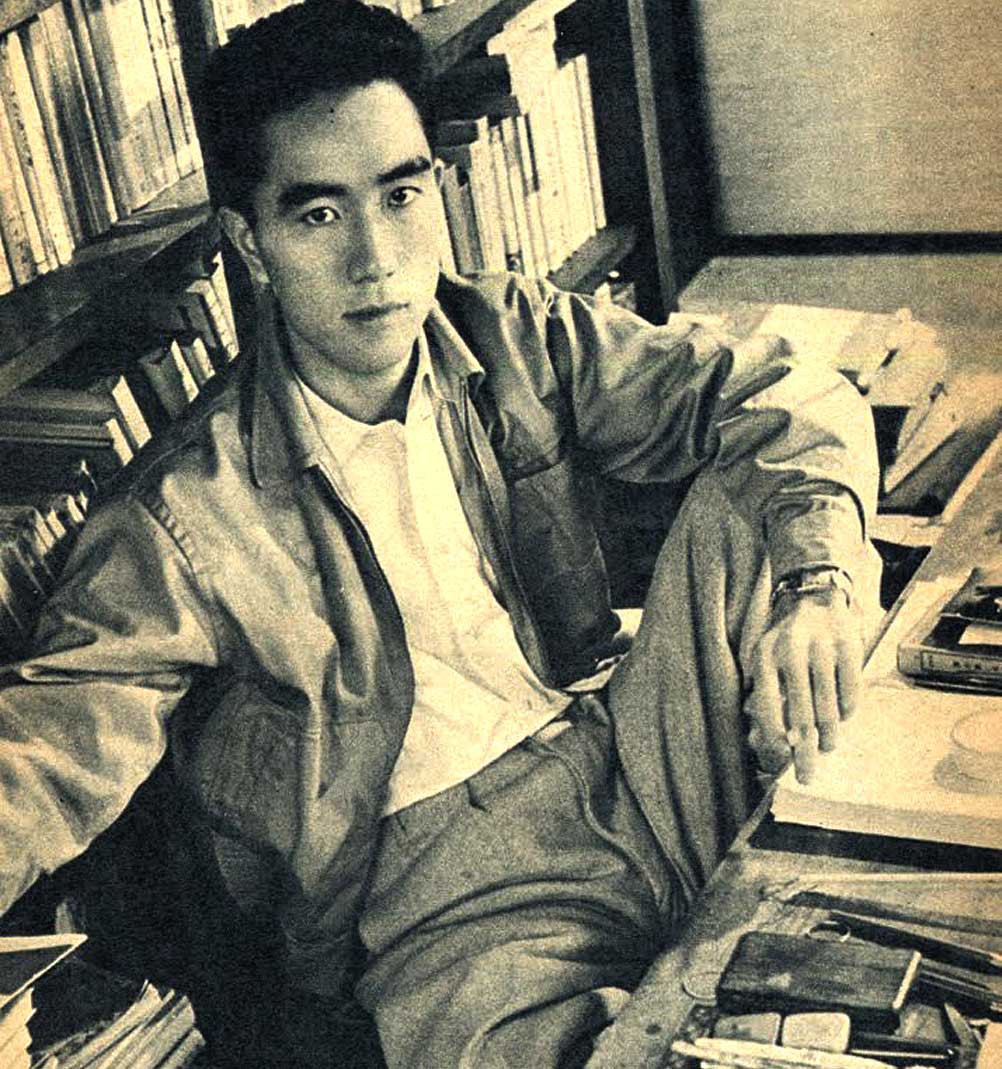 The writer, Mishima, pictured above, is a nutcase, he's a Japanese bloke who committed hara kiri after failing to inside a revolt to bring the Emperor back (this was post WWII). He's written heaps of books and he does a few things well: being obsessed with 'beauty and death' (it's all this 'transcendental' stuff, moments of fugue, being taken away from this world & feeling the closeness of transcendence), and also writing about narcissist tendencies (irregular delusions of grandeur, failing to see differences between 'self' and 'other', unquenchable craving, absolute preoccupation with self).

I recently read a thing about narcissism where it's, like: all that New Age "at our core we are All One, the ultimate bliss is for all humans to meld into the Universe and become The Great Oneness" stuff (you see it in some sci-fi too, maybe you know what I mean) is actually narcissistic. Hear me out! So, Narcissus, the original Greek bloke who drowned after being obsessed with his own reflection, did so partly because he didn't recognise himself in the reflection as an objective seperate part of the world, a narcissist can not do "objective self-reflection", the whole world is but a mirror to a narcissist. So if you’re a narcissist, that "All is One" New Age mushiness suits you. You can see the "All" in your "One" self, you don't even have to pretend about caring about other people, “we are all One” is just perfect for you, you already act as if it’s true.

So that idea is from another book I recently read, The Culture of Narcissim by Christopher Lash, it's from the late 60s and it's a weird read. If you're in lockdown in Melbourne too, don't read it, we're all sad enough! It's about how American society has been, since the start of the 20th century, affecting people in a way so that they exhibit traits that clinical narcissists exhibit. About a quarter of it reads pretty nutty, outdated Freudian stuff, but a bunch is prescient in modern day. It’s one of those books where you can tell the writer is angry the whole way through. My fave bit in it is about how non-fiction writers tend to theatrically self-deprecate at the start of essays, I'm a deeply flawed person yak yak yak, before diving in, not only to shield themselves from criticism but also to ‘escape’ from the subject and withdraw into themselves and into safe pseudo-reflective irony. In the nutty stuff he goes on about the 'designated pitcher rule’ in baseball as narcissistic for some reason. I don't even know what that that is!

Australia is Nicorette country, Nicorette is the kleenex / xerox / Coopers Pale of nicotine gum, I reckon because the name rhymes with cigarette. The first time I had a Nicorette I didn't like it but assumed the problem was with me, not with the gum. It comes as Coated and Uncoated. The uncoated stuff is hard as rock and if you go out and take pingers and chew it, say goodbye to your jaw muscles. The coated stuff tastes like candy and candy is for children.

Nicorette's little brother in Australia is Nicabate. After sitting around on Habitrol when I lived in New Zealand (pros: strong sweet flavour, cons: a bit tart, flavour is gone in one minute of chewing, strong laxative effect), returning to Nicabate, which Kiwis are deprived of, was like putting on soft cashmere after a whole day wearing cheap nylon. Nicabate is the closest you can come to chewing a cloud. It's the best nicotine gum. There's a sweetness to it, but it's not tart, and while it doesn't last quite as long as I want it to (I remember it lasting longer, is this memory glitching or did they change the recipe?) it lasts longer than Habitrol.

The only weird thing about Nicabate is that it's pungently minty. Once I was chewing it at my Mums, and she walked past and was like "what's wrong did you hurt yourself? you reek of Tiger Balm!" If that sort of thing doesn't bother you, you will love Nicabate.

It feels absurd recommending nicotine gums because you either chew them or you don't, and apart from a small corner of the internet I found one day where people talk about nicotine gums as 'cognitive improvers', which isn't exactly false but close to false, approximately zero people are thinking of 'taking up nicotine gum'. And yet here I am recommending it??

Work is pretty hard but I think it's going well.